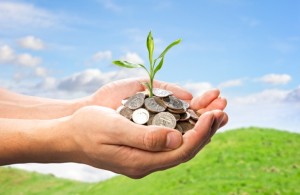 SG on leave loading? Yes, and no — so it pays to check

An issue has surfaced in recent times that in some cases may require a change in the approach taken by some employers with regard to them being fully compliant with superannuation guarantee obligations. The problem for some may not be so much ducking the rules, but rather being in sore need of clarification on how the existing rules apply.

The accepted convention with regard to superannuation guarantee payments is that it is an amount calculated as a percentage of an employee’s salary or wages (9.5% at this stage, but increasing over coming years).

Issues can occur however with the accepted definition of “salary” — and what is or is not included in that definition. What this comes down to generally revolves around the term used in the relevant legislation — which is “ordinary times earnings” (OTE).

In regard to OTE, there is a certain exception that employers will need to be clear about in order to stay on the right side of compliance for superannuation guarantee (SG) purposes.

The latest relevant legislation governing SG has been in operation since 2009 (SGR 2009/2). Digging deep into this document (paragraphs 235 to 238) reveals what may have been interpreted as an anomaly of sorts, but that may also have led many employers to assume that there is no SG required on amounts paid as leave loading.

About paid leave, the legislation says: “Although leave payments are not paid for actual attendance at work or for services, the salary or wages than an employee receives in respect of periods of paid leave is a continuation of their ordinary pay during their ‘ordinary hours of work’ and therefore take the place of earnings in respect of actual hours worked. Therefore any salary or wages an employee receives while on annual leave, long service leave or sick leave is in respect of their ordinary hours of work and is OTE.”

Three paragraphs later however, an exception is revealed. “By way of exception an annual leave loading that is payable under some awards and industrial agreements is not OTE if it is demonstrably referable to a notional loss of opportunity to work overtime. However, the loading is always included in ‘salary or wages’.”

In other words, SG will apply to paid leave loading that is merely paid on top of normal earnings, as the legislation views it all as OTE. But should this loading be paid because the employee is not able to perform overtime work that they regularly undertake as a matter of course (but as they are on annual leave, the loading replaces that overtime payment), then this loading is deemed to not be OTE.

As the legislation mentions, the nexus between the loading and whether or not it is recompense for lost overtime opportunities would need to be “demonstrable” to hold up under scrutiny.

Note that the maximum contributions base still applies, which is $54,030 per quarter for 2018-19. Employers are not required to pay SG above this limit.

The ATO’s “Community” support page has also been asked for clarification (scroll down) on the issue of SG paid on leave loading. The ATO answer corresponds with the above, but it also noted that a private ruling may be required in some cases.

Separate or aggregate CGT assets? The role of subdivision 108-D

To get around this scenario, an adjustment was indeed made to the tax rules. Hence we have subdivision 108-D, which modifies the operational rules for CGT purposes and treats an asset as being a separate CGT asset from the principal asset where the asset is:

For separate improvements, the threshold applies for each improvement.

Where the improvements need to be aggregated, the threshold levels apply to the total of all costs.

When a CGT event happens involving a CGT asset acquired before 20 September 1985, it is critical to check whether the cost base of the asset includes any post-19 September 1985 improvements. Where a disposal of a CGT asset comprises two or more separate assets, the capital proceeds will need to be apportioned between the separate assets (s116-40).

An intangible capital improvement made to a pre-CGT asset can be a separate asset (TD 2017/1). For example, a Development Approval (DA) to land that is pre-CGT may be separate asset and may be a subject to CGT on the sale of the pre-CGT land and the DA.

Where a taxpayer has an interest in a CGT asset and acquired another interest in the same asset, the two interests remain separate CGT assets for CGT purposes (TD 2000/31).

Improvements to pre-CGT assets
These limits are used to determine whether an improvement must be treated as a separate asset (s108-70(3)(a)).

Note that where a pre-CGT building is relocated to post-CGT land, the exceptions to the common law principle do not apply and the result is a single post-CGT asset that comprises both the land and the building.