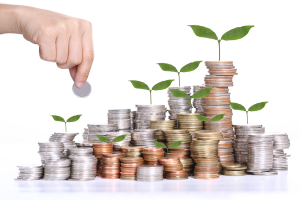 The Federal Court has handed down a decision in a case that deems ride-sourcing is taxi travel within the meaning of the GST law. If the applicant in this particular case appeals this decision, the ATO has announced that it will continue to administer the law according to its already published advice until there is a different decision.

Drivers are also entitled to claim income tax deductions and GST credits (for GST paid) on expenses apportioned to the ride-sourcing services they have supplied.

The ATO emphasises in the same announcement that where it matches people who provide ride-sourcing through data matching, that it will continue to write to them to explain their tax obligations.

As far as “entertainment” goes, the ATO says such benefits include providing:

Some examples of the provision of entertainment are:

The different types of fringe benefit that may arise are:

Exemptions to FBT
Apart from the “minor benefits exemption” (generally where the value is less than $300), there is an exemption that applies to providing food and drink in the following circumstances.

Food and/or drink provided to, and consumed by, current employees on the business premises on a working day are exempt property benefits (refer to section 20.6 of Fringe benefits tax exempt benefits). The exemption from FBT applies regardless of whether:

This exemption does not apply to:

From 1 July 2017, there is a limit on how much of your super you can transfer from your accumulation super account to a tax-free “retirement phase” account to receive an account-based pension income.

This is known as the super “transfer balance cap”. If you have more than one super account, the cap applies to the combined amount in all of your pension phase accounts. You will be able to make multiple transfers into the retirement phase as long as you have available cap space.

The amount of the cap will start at $1.6 million, and will be indexed periodically in $100,000 increments in line with the consumer price index (CPI).

If you are currently in excess of your transfer balance cap, then you may have to remove the excess from retirement phase and pay tax on the earnings in excess of the cap.

If you have to move assets out of your retirement phase account back into your accumulation account to be under the cap before 1 July 2017, capital gains tax (CGT) relief is available to your super fund to reset the cost base(s) of these assets. CGT relief is available if your fund holds the assets between 9 November 2016 and 30 June 2017.

Currently, an individual can claim a tax offset up to a maximum of $540 for contributions they make to their spouse’s eligible super fund if, among other things, the total of the spouse’s assessable income, total reportable fringe benefits and reportable employer super contributions is under $13,800.

From 1 July 2017, the spouse’s income threshold will increase to $40,000. The current 18% tax offset of up to $540 will remain and will be available for any individual, whether married or de facto, contributing to a recipient spouse whose income is up to $40,000. As is currently the case, the offset gradually reduces for incomes above $37,000 and completely phases out at incomes above $40,000.

Individuals will not be entitled to the tax offset when:

The intent of this change is to extend the current spouse tax offset to more couples to allow them to support each other in saving for retirement. The government expects this move will better target super tax concessions to low-income earners and people with interrupted work patterns.

As part of its 2017 work program, the office of the Inspector-General of Taxation (IGT) has announced that it is going to examine the ATO’s administration of an existing provision that allows it to hold on to GST refunds if it believes additional verification is required.

The ability for the ATO to retain a GST refund if it believes further verification is necessary does however come with certain conditions. It must of course notify the entity involved, but must also have regard to certain factors, such as:

Timeframes written into the law as it stands provides that the ATO can only retain a refund until the time it would no longer seem to be reasonable to ask for verification of information. It also cannot hold on to a refund (beyond the notification period) if it fails to actually notify the taxpayer that this is a possibility, nor if the relevant tax assessment has been amended (an amendment ends the retention period allowed).

In announcing its work program for this year, the IGT says that complaints data as well as submissions made for the 2017 program had indicated that the ATO’s administration of the relevant provision in the tax act (section 8AAZLGA) may, in some instances, “result in inappropriate and unfair delays in GST refunds being issued”.

The IGT says its review will examine the ATO’s approaches in using this provision, the impact it has in taxpayers, and the need for any administrative or policy improvements.

“The combination of public consultation and complaints handling data has led to a work program which reflects the issues of greatest community concern or significance in achieving a fairer, more efficient and transparent tax administration system,” the IGT says.

As well as examining the withholding of GST refunds, it has also flagged that it will review the pay-as-you-go instalments system. This has been initiated in the face of complaints that the system is generating confusion and misunderstanding for certain taxpayers who are required to make payments.

The Tax Commissioner has also requested that the IGT examine the state of the ATO’s services and support for tax practitioners. “This review will be forward-looking and will examine the future role of tax professionals in the tax system particularly in light of increased use of digital technology and ATO service delivery initiatives.”

In doing so, the IGT will also examine concerns raised by tax practitioners on issues affecting their industry. “The IGT will consult extensively with the tax profession, the ATO and the TPB to identify opportunities to improve the tax system as a whole.”