Remember that a fuel tax credit increase has just gone through

Fuel tax credit rates are indexed twice a year, in February and August, in line with the consumer price index (CPI). Also these rates change regularly, so it’s important to check when you are preparing for us to complete an activity statement for you.

See this ATO webpage for the rates that apply from 4 February to 30 June 2019. (Past rates are also displayed there, just scroll down.)

If you claim less than $10,000 in fuel tax credits each year, you can use any of the following simplified methods that best suits your needs.

To do this in the fuel tax credit calculator (see below), enter your total fuel purchases in the final rate period.

Work out the litres. To work out the quantity of fuel bought in a tax period, simply use the total cost of fuel you purchased in the BAS period, divided by the average price per litre for the BAS period.

There is also a fuel tax credit calculator to help get the claim right. The calculator is also available on the “ATO app” for your smart device (download it from here).

SG on leave loading? Yes, and no — so it pays to check

An issue has surfaced in recent times that in some cases may require a change in the approach taken by some employers with regard to them being fully compliant with superannuation guarantee obligations. The problem for some may not be so much ducking the rules, but rather being in sore need of clarification on how the existing rules apply.

The accepted convention with regard to superannuation guarantee payments is that it is an amount calculated as a percentage of an employee’s salary or wages (9.5% at this stage, but increasing over coming years).

Issues can occur however with the accepted definition of “salary” — and what is or is not included in that definition. What this comes down to generally revolves around the term used in the relevant legislation — which is “ordinary times earnings” (OTE).

In regard to OTE, there is a certain exception that employers will need to be clear about in order to stay on the right side of compliance for superannuation guarantee (SG) purposes.

The latest relevant legislation governing SG has been in operation since 2009 (SGR 2009/2). Digging deep into this document (paragraphs 235 to 238) reveals what may have been interpreted as an anomaly of sorts, but that may also have led many employers to assume that there is no SG required on amounts paid as leave loading.

About paid leave, the legislation says: “Although leave payments are not paid for actual attendance at work or for services, the salary or wages than an employee receives in respect of periods of paid leave is a continuation of their ordinary pay during their ‘ordinary hours of work’ and therefore take the place of earnings in respect of actual hours worked. Therefore any salary or wages an employee receives while on annual leave, long service leave or sick leave is in respect of their ordinary hours of work and is OTE.”

Three paragraphs later however, an exception is revealed. “By way of exception an annual leave loading that is payable under some awards and industrial agreements is not OTE if it is demonstrably referable to a notional loss of opportunity to work overtime. However, the loading is always included in ‘salary or wages’.”

In other words, SG will apply to paid leave loading that is merely paid on top of normal earnings, as the legislation views it all as OTE. But should this loading be paid because the employee is not able to perform overtime work that they regularly undertake as a matter of course (but as they are on annual leave, the loading replaces that overtime payment), then this loading is deemed to not be OTE.

As the legislation mentions, the nexus between the loading and whether or not it is recompense for lost overtime opportunities would need to be “demonstrable” to hold up under scrutiny.

Note that the maximum contributions base still applies, which is $54,030 per quarter for 2018-19. Employers are not required to pay SG above this limit.

The ATO recently released a draft ruling (MT 2018/D1) that would mean claims for input tax or fuel tax credits would have a time limit imposed on them.

The draft ruling sets out the Commissioner’s view on time limits applying to the entitlement to claim an input tax or fuel tax credit set out in:

The draft ruling clarifies that the time limit to claim these credits is four years from the due date of the first BAS in which the credit could have been claimed.

It also clarifies that this time limit cannot be extended by requesting an amendment, lodging an objection or applying for a private ruling. This is the case even if:

The draft ruling contains examples of how the time limit applies in different circumstances. For example:

Violet purchases a mobile phone in November 2013 that she uses in her enterprise. She is required to lodge quarterly, and the due date for her GST return for the December 2013 quarterly tax period is 28 February 2014.

She lodges her GST return late, on 7 March 2014, and her net amount is assessed. In an oversight, Violet does not claim any input tax credits for the mobile phone.

Violet later discovers that she could have claimed input tax credits for the mobile phone. On 26 February 2018 Violet lodges an objection seeking input tax credits in respect of her mobile phone acquisition. The Commissioner does not make a decision on Violet’s objection until 10 March 2018, after the four year entitlement period has expired.

The draft ruling contains seven separate examples to explain the proposal, each describing different scenarios that clients may experience. (Click to read the ruling, and scroll down.)

It does not change the ability to claim GST or fuel tax credits in a current BAS or by amending a previous BAS, as long as they are included in an assessment within the four year time limit.

The date of effect may be viewed as a little contentious, as the ruling states that “when the ruling is issued, it will apply before and after the date of issue”. However the ATO says that it will not apply “to the extent that it conflicts with the terms of settlement of a dispute agreed to before the date of issue”. 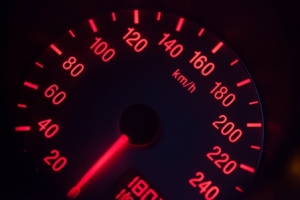