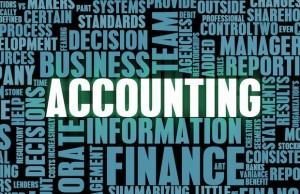 Deduction for association subscriptions — eligibility can endure into retirement

Many professional, business or trades people are members of an association, and during their working life subscribe to an appropriate organisation. Deduction for association subscriptions

In most cases the membership of a trade union for example, or professional association relevant to workers in a particular occupation, would qualify for deduction under the general deduction provisions of the tax laws. See taxation ruling TR 2000/7 for details.

What is the test for deductibility?
Broadly, the test for deductibility under the rules is whether the payment is an outgoing that is relevant and incidental to the derivation of assessable income. In most cases, where the taxpayer is in receipt of a salary or contractor fees, the membership of a relevant association would qualify under this section of the regulations and the entire amount of the subscription can be claimed as a deduction.

The down side however is that the deduction is limited to only $42 (under section 25.55). So if the taxpayer was a member of two associations each costing $50, the deduction would be limited to $84. It has been that amount for decades and it is not adjusted for inflation.

Pensioners and self-funded retirees
There is another section under the tax law that allows a deduction for such memberships, and there is fudge (of sorts) in that the requirement that the taxpayer derives assessable income associated with that subscription extends to “purposes related to” income earning activities. For example, “the association may provide advice on taxation or how to maximise the return on investments”.

What about special fees or levies?
Sometimes, in addition to periodic subscriptions, associations may charge members joining fees, special levies and other contributions, such as a special fund for one-off purposes (for example, a trade union’s strike fighting fund). The deductibility for those fees depends on whether there is a clear and necessary nexus between the activities by which the assessable income is derived and the purpose for which the fees are made.

A joining fee is generally a once-and-for-all payment that provides the new member with the enduring benefit of membership of the association. Its purpose is to cover the additional administration expenses associated with inducting a new member or to contribute towards the infrastructure costs met by past members. The deduction for this is still limited to $42.

On the other hand, the payment of a special levy or contribution is an allowable deduction if the purpose is clearly linked to the activities by which the assessable income is derived. For example, a special levy or contribution that workers may have paid to their union for pay negotiations may qualify for a tax deduction. However, if the levies and contributions are used to assist a political party or families of employees suffering financial difficulties as a result of strike action, these payments are not deductible

The ATO’s Assistant Commissioner Kath Anderson has sounded a warning for taxpayers who are making what they may believe are “standard” deductions in regard to vehicle expenses, especially when it comes to the cents per kilometre method.

While it is true that written evidence for deductions based on up to 5,000 kilometres is generally not required when making such claims, Anderson reminds taxpayers they must still have actually incurred these expenses. “They do need to be able to show that they were required to use their car for work, and how they calculated their claim,” she says.

For the 2015-16 income year, the ATO recorded a total of $8.5 billion in work-related car expense claims, with a “significant proportion”, it says, right at the limit that does not require detailed written records. It is determined to limit what it can of this revenue leak.

“While we have no issue with people using the cents per kilometre method, and we expect that most claims at this threshold may be legitimate,” Anderson says, “but we are reminding people that there’s no such thing as a ‘free pass’ when it comes to deductions.”

The ATO provides information for taxpayers on work-related car claims, which may help explain the facts (see this ATO webpage). It has also provided three case studies illustrating misapplied claims.

Off the rails
A railway guard claimed deductions for car expenses in travelling to and from work, basing his claim on the fact that he carried bulky tools (including his flag, safety vest, handheld radio, torch, instructions and timetables) in his car.

He attracted an audit because his deductions were much higher than those of other people in the same occupation. His employer advised us that secure facilities for equipment were available on the business premises, so the transportation of equipment was the employee’s choice. For this reason, expenses relating to travelling to and from work are not an allowable deduction in this situation, and the taxpayer had to pay $2,000 for tax owed plus interest.

Double dipping deductions
An employee manager claimed $3,800 in work-related car expenses. When the ATO asked the taxpayer to verify that they owned the car and it was registered in their name, it discovered the car was under a novated lease arrangement.

Employees who have a novated lease arrangement are not considered to have expenses in relation to the car, as their employer leases the car on their behalf. Claiming a deduction for these expenses is considered double-dipping.

All deductions were disallowed and the ATO applied a penalty.

Crossing the line
A school crossing safety officer claimed work-related car expense for travel between his home and workplace. He indicated that this expense related to the carriage of bulky tools – a safety sign for the school crossing. However the school informed the ATO that the sign was securely stored on school property each day. The taxpayer’s car expense claims were disallowed because the trip from home to work was private in nature and did not involve the transportation of the sign.

The conditions for automatic rollover relief are:

The capital allowance rollover provisions do not apply if Subdivision 170-D (transactions by companies within linked groups) applies to the disposal of the depreciating asset or the change in interests in it (s40-340(8)).

In determining whether the CGT rollover provisions apply, you ignore the fact that Division 118 and s122-25(3) exclude certain depreciating assets from the CGT regime (s40-340(2)). Rollover relief is also available where there is a change in a business structure involving a partnership, the transferor retains an interest in the depreciating asset after the change in holding, and both the transferor and transferee agree in writing to rollover relief (s40-340(3)).

Where the rollover relief provisions apply, the transferor is not required to include any balancing adjustment in assessable income and the transferee will use the same method of calculating the decline in value and effective life that the transferor used.

Where the transferee had used the prime cost method, the transferee must use the remaining effective life of the asset when calculating its deduction. Further, the “cost” to the transferee will be the adjustable value of the depreciating asset when it was in the hands of the transferor just before the balancing adjustment event occurred (s40-345).

If either the transferor or transferee dies before the end of the six months period, the trustee of the deceased’s estate may be a party to the choice (s40-340(5)).

In some cases, there are additional rollover consequences if the asset is leased (see s40-350).