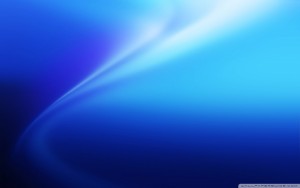 Square-peg expense won’t fit in a round-hole deduction? It could be a D15

Now and then you may be required to look around for a suitable item on your tax return to place an expense that simply doesn’t “fit” in the items reserved for other categories of expenses. These are known as “D15” deductions, and sits in the section of the supplementary tax return where claims can be made that do not fit neatly into the other deduction items that precede it.

In its guidance, the ATO makes it clear that taxpayers should not make claims at D15 for the following:

But expenses that individual taxpayers may be eligible to claim at D15 include the following (a few of the more obscure ones* are spelled out below):

To further explain some of the more curly claims listed above (those marked with an asterisk*), the ATO has provided brief guidance.

Examples of expenses you can claim are textbooks, stationery, student union fees, student services and amenities fees, the decline in value of your computer and certain course fees.

Note that you cannot claim a deduction for travel from home to your normal place of education and back.

For more information go to the Self-education expenses calculator. The words “Scholarship expenses” can be used if a “Description of claim” is required.

Income protection, sickness and accident insurance premiums
You can claim the cost of any premiums you paid for insurance against loss of income. You must include any payment you received under the policy for loss of income at items 1, 2 or 24 on the tax return.

Note that you cannot claim a deduction for a premium or any part of a premium which you paid under a policy to compensate you for such things as physical injury. Life insurance, trauma insurance and critical care insurance are some types of policies for which premiums are not deductible.

Also note that you cannot claim a deduction for a premium where the policy is taken out through your superannuation fund and the premiums are deducted from superannuation contributions.

The CGT implications of subdividing and building on the family property

Given the state of the property market in Australia these days, a not-uncommon situation can arise where a residential property owner seeks to demolish and subdivide the block containing the family home and build residential units

If a taxpayer has the available land of course, this can be a solid strategy. However it can cause headaches from a tax perspective — and in some cases the ability to access the main residence exemption and even the CGT discount can be lost.

Divvying up the backyard
A question that arises every now and then concerns the effects on the CGT main residence exemption where the owner decides to subdivide the land containing their principal place of residence, in some cases demolishing the existing home, and build residential units.

The scenarios that are typically raised involve one of the following choices:

When dealing with these situations, the following pertinent tax questions may need consideration:

Note that there may be some GST implications that are not dealt with in detail here. Suffice to say that any venture undertaken by home owners in building units for the purposes of sale would, from the ATO’s viewpoint, most likely constitute an “enterprise” and in some cases, depending on the circumstances, may necessitate an ABN and registration for GST.

The subdivision of land results in each new block registering a separate title. The subdivision itself has no CGT consequences, provided Jim continues to be the owner.

However it does create two new separate CGT assets. A further consequence of subdividing the land into two blocks is that the cost base of the land is required to be apportioned to each new block in a “reasonable way” (such as using the land area or a market valuation).

In disposing of the non-main residence unit, a question arises as to whether the building of the unit and its subsequent sale is a “mere realisation” or a profit derived from an isolated transaction. This is not always clear, and requires consideration of all the necessary factors.

Specifically, he can choose to treat the vacant land as his “main residence” for a maximum period of four years from the time that he ceases to occupy the demolished dwelling until the replacement unit becomes his main residence (“the four year rule”).

As noted above, the subdivision of land does not trigger a CGT liability provided that Mary and John continue to be the beneficial owners of the subdivided blocks. The cost base of the property would need to be allocated to each block of land on a reasonable basis.

As the unit built on the newly apportioned block was created with an obvious intention of making a profit, and as the owners have continued to use the original dwelling as their home, neither the CGT main residence exemption nor the CGT general discount applies.

Scenario 3: Subdivision of land with main residence and dispose of vacant block
The following example illustrates this scenario:

Again, the mere subdivision does not trigger a CGT liability provided Bob continues to be the owner of both, and the new cost base of each will need to be apportioned on a reasonable basis. However as the split, based on the real estate agent’s advice, is 50/50, the cost base for each block is as follows:

For its part, the ATO has indicated in various rulings that situations similar to Bob’s would not necessarily result in an “enterprise” for GST purposes. For income tax purposes, it follows that the ATO would likely consider that Bob has disposed of the land by way of “mere realisation” as opposed to realising a gain from a profit-making undertaking.

However the net capital gain on the sale of the vacant land would not attract the operation of the main residence exemption. As a general rule, adjacent land would be subject to the exemption if it was primarily used for private and domestic purposes in association with the dwelling. However the exemption only applies if the land and dwelling are sold together. As a result, the net capital gain of $97,500 would remain assessable to Bob.

The following are useful tax calculators that we have sourced for you. They mostly come from the ATO, but also other government agencies. Now you don’t have to sort through endless webpages to find the right calculator or tool.