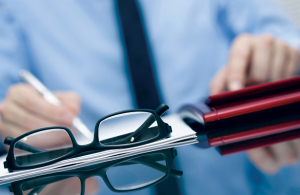 The government announced last year that it intended to tighten the eligibility factors for the CGT concessions that are generally available to small businesses. The CGT concessions are important for qualifying businesses in that they can defer, reduce or remove liability to CGT.

Specifically, the proposed amendments (which have been released in exposure draft form) will limit the current CGT concessions to assets that are used by a small business or ownership interests in a small business.

The amendments include additional basic conditions that must be satisfied for a business to apply the CGT concessions to a capital gain arising in relation to a share in a company or an interest in a trust (labelled the “object entity”).

Broadly, the conditions require that:

The above webpage also provides a link to explanatory material.

Labelling the change an integrity, the government says: “This will prevent the concessions applying to non-business assets owned by an entity that carries on a small business. It will also prevent structuring so that ownership interests in larger businesses pass the eligibility tests.”

Under the proposed amendments, the measure would be backdated to apply from 1 July 2017. The changes do not touch the current definition of a small business entity as it applies to the CGT concessions. The existing tests of group turnover of less than $2 million or group assets under $6 million still apply.

On 8 December 2017 the government announced that Treasury will conduct a review of the rules governing the early release of superannuation benefits, including for victims of crime compensation.

The government says the rules governing early release of superannuation benefits have not changed substantially since 1997. “The superannuation system has come a long way since then and it is important to ensure the arrangements remain fit for purpose,” says Kelly O’Dwyer, Minister for Revenue and Financial Services.

The issues paper that was released (the paper can be found here) examines the key issues related to the early release of superannuation benefits under compassionate grounds and severe financial hardship grounds.

The paper also examines whether, and the circumstances in which, an offender’s superannuation assets should be available to cover the needs of victims of domestic violence and pay compensation to victims of crime.

Treasury recognises however that the review of the early release of super needs to be framed by guiding principles. The paper says that every ground of release reflects a trade-off between members’ immediate needs and the long-term objective of building retirement income. “This will never be easy. However, highlighting these trade-offs is important when considering whether the rules should be amended.”

Below are three proposed guiding principles for this review.

What types of legal expenses are tax deductible?

When a legal expense is incurred in relation to the operation of a business to produce assessable income, it is generally allowable as a deduction. Exceptions are when the legal fee is capital, domestic or private in nature, if it is specifically excluded by another section of income tax legislation, or is incurred in earning exempt and non-assessable non-exempt income.

In this regard, for individuals incurring legal fees, the expense incurred would not be deductible unless there is a clear nexus with the expense being incurred in deriving assessable income (for example, for an investment property). In other cases, the expense may be private in nature so a deduction would not be available in any case.

Other common legal expenses are considered below.

Business lease expenses
The cost of preparing, registering and stamping a lease is deductible if the taxpayer is using or will use the property for earning assessable income. The lease payments themselves will be deductible under the general deduction rules, and are therefore subject to special prepayment rules.

Valuation expenses
If valuation fees are paid to help decide whether to buy a business, these are generally capital costs and not an allowable deduction. However if the valuation is used to support an application to borrow money for use in the business, those expenses can be claimed as borrowing costs immediately if under $100 or over the life of the loan, or five years from the date of the loan, whichever is shorter.

Fines and breaches of law
Deductions are specifically denied for fines or penalties (however described) that are imposed as a consequence of a breach of any Australian or foreign law. This rule does not apply to administratively imposed penalties such as the general interest charge (which the ATO applies to unpaid tax liabilities) and penalties for underestimating GST instalments. However, while the fines and penalties may be specifically disallowed, the costs incurred in defending an action may be deductible.

Evicting a tenant
A taxpayer may acquire premises (all or a portion of) that were leased to a tenant of the former owner. Any expenses incurred trying to evict the tenant will not be deductible. This expense becomes part of the cost of acquiring the property and a capital expense for income tax purposes. Arguably, the expense could form part of the “cost base” of the property, being expenditure of a capital nature incurred in establishing the taxpayer’s title to, or a right over, the asset. However a private ruling for a particular set of circumstances could be required.

Legal expenses that can be claimed
Circumstances where legal fees are usually deductible include:

Legal expenses that cannot be claimed
Circumstances where legal fees are generally not deductible include: